Listeners to BBC Radio 4’s ‘World at One’ on February 8th heard a report concerning Israel’s vaccination programme which was introduced by presenter Sarah Montague (from 09:10 here) as follows:

Montague: “…let’s turn to Israel where there is what seems very encouraging news. It’s vaccinated 5 million of its population of 9 million with the Pfizer jab. A million of those people have had two doses. The number of infections and hospital admissions have fallen steeply among the age groups which have been vaccinated and in those places where they’ve vaccinated more people.”

Those numbers are however inaccurate. The Israeli Ministry of Health website shows that as of February 8th, 3,540,851 people had received the first dose of the vaccination and 2,156,997 of those had received the second dose. 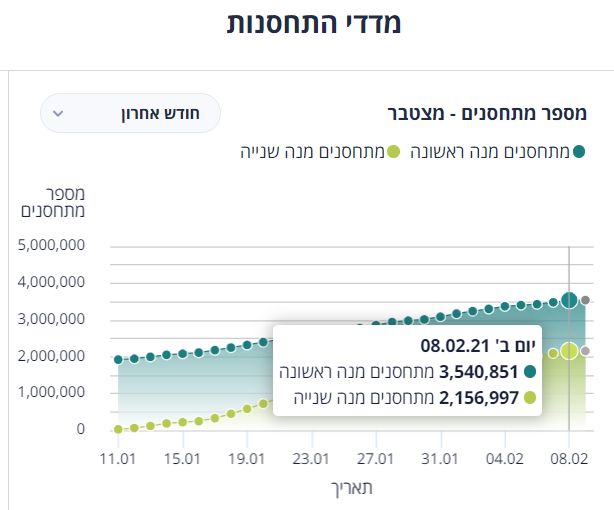 CAMERA UK has written to the BBC to point out that the presentation of those inaccurate figures – both in terms of absolute numbers and the proportion of fully vaccinated people (actually more than double the figure given by Montague) – misled listeners with regard to the vaccination levels necessary to bring about the trends and outcomes discussed in the rest of the otherwise reasonable report by health correspondent Rachel Schraer.