We complained to Telegraph editors, but they’ve thus far failed to update an article falsely suggesting that the IDF killed an innocent Palestinian teen “on his way to school”.  The allegation, based on an unsubstantiated claim by the teen’s uncle, appears in the strap line of the Sept. 26 article reporting on an IDF raid on a Hamas cell that was reportedly planning a massive Jerusalem terror attack.

Though the article doesn’t dispute that four of those killed in overnight raids were indeed “militants”, it chose to promote the narrative advanced by the teen’s uncle about the fifth Palestinian killed – citing it in both the strap line and here in the opening sentence:

Israeli troops killed five Palestinians, reportedly including a teenager on his way to school, during raids on what the army said were Hamas cells in the West Bank this weekend, marking the worst hostilities since the Gaza war in May.

But one of the Palestinians killed was a 16-year-old walking to school when he was shot, according to his uncle.

We tweeted the Telegraph journalist, who responded by noting that that allegation was based on initial accounts from Reuters – again based solely on comments by the teen’s relative.  We tweeted back to inform the journalist that even according to the radical, pro-Palestinian NGO ‘DCI-Palestine’, in a tweet that same day, the teen was killed after firing at Israeli soldiers – which of course contradicts the uncle’s account.

“The martyrdom of the Mujahid: Youssef Muhammad Sobh, one of the Mushtabik [confronter] who participated in repelling the storming of Jenin by the enemy army at dawn today.” 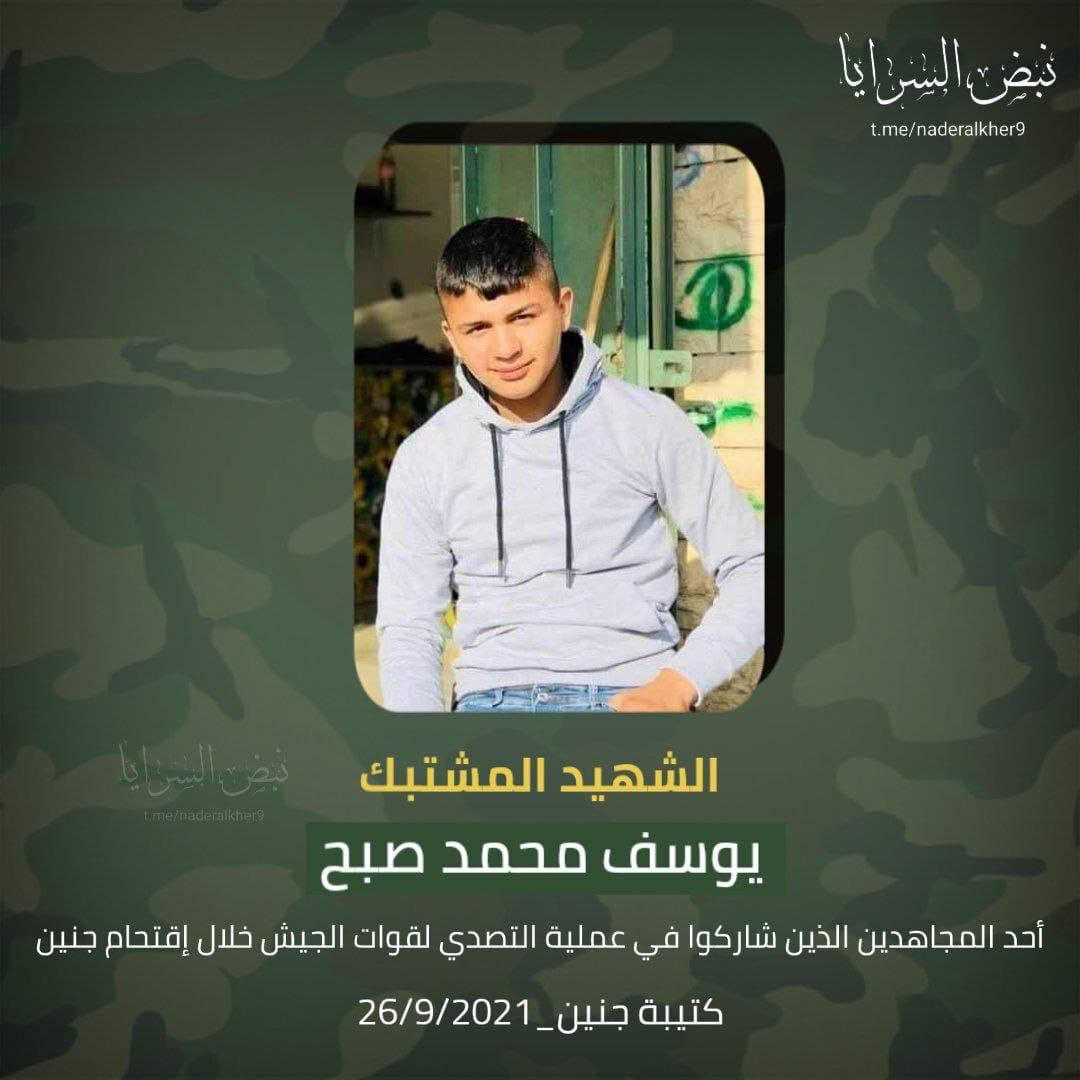 A CAMERA Arabic’s researcher concluded that the message strongly suggests the teen was affiliated with PIJ – designated as a proscribed terror group by the US, UK and EU.

In addition to emailing editors, today we lodged a formal complaint to the Telegraph under the terms of the Accuracy clause of the IPSO Editor’s Code.