(JERUSALEM) –  CAMERA Arabic’s intensive scrutiny of BBC’s Arabic coverage of Israel and the Middle East and the systematic documentation of its egregious shortcomings in reporting have resulted in significant behind-the-scenes reforms at the Arabic-language news platform.

His letter reportedly rebuked journalists for the precise issues that CAMERA Arabic documented over the last year in complaints submitted to the network: the derogatory mislabeling of communities within internationally-recognized Israeli territory as “settlements”; delegitimizing all Israelis as “settlers”; falsely reporting that Israelis on the Temple Mount have entered the Al-Aqsa mosque; citing Tel Aviv as shorthand for Israel, thereby misidentifying Israel’s capital; and inaccurately referring to the Western Wall as the “Wailing Wall.”

In addition, according to the Chronicle report, BBC has discontinued engaging pundit Abdel Bari Atwan given the extensive antisemitic and pro-terror sentiments that he has expressed over decades, many of which were first translated into English by CAMERA Arabic. For example, CAMERA Arabic exposed Bari Atwan’s April 2022 YouTube video in which he praised the murder of three Israeli civilians in a Tel Aviv terror attack as a “miracle.” 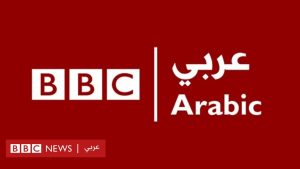 In September, the BBC maintained that Atwan’s ongoing appearance at the network was “in the public interest,” but The Chronicle reported Dec. 8 that an unnamed BBC source admits: “We used to have him on a lot, but we have been told not to.”

The Chronicle’s BBC source said that the network’s leadership convened a virtual meeting following CAMERA Arabic’s criticism, and “read the riot act” to the Arabic-language staff. “They said, ‘we are defending you on this, but we can’t do it forever. You must abide by the BBC guidelines from now on,” the Chronicle reported.

The newspaper’s revelations about the internal recriminations and removal of Atwan from the network’s guest list follows BBC’s apology last month for the “unacceptable” handling of complaints from CAMERA Arabic.

“We apologise for the unacceptable delay and will ensure formal responses are issued as soon as possible,” a BBC representative had said regarding the network’s failure to address most of the 26 complaints CAMERA Arabic submitted since May 2021.

In wake of the rare apology, BBC upheld and corrected every single one of the outstanding CAMERA Arabic complaints.

“Last month’s apology plus the tens of corrections, followed by this month’s revelations about internal warnings and the disengagement from the antisemitic Abdel Bari Atwan, are testament to the impact of CAMERA Arabic’s unprecedented work,” said Tamar Sternthal, director of CAMERA’s Israel office. “By exposing deeply flawed coverage that had previously been subjected to zero internal or external scrutiny, CAMERA Arabic is raising awareness within the media outlets’ English-speaking leadership.”

A bipartisan group of MPs and peers will undertake an investigation of BBC’s coverage of Israel and Jews, the Chronicle revealed.

Founded in 2018, CAMERA Arabic seeks to ensure that Western media outlets’ Arabic-language coverage of Israel is factually accurate and adheres to professional codes of journalistic conduct. CAMERA staff regularly correspond in both Arabic and English with editors to prompt corrections and to ensure sound journalistic coverage. Its reports are an indispensable resource for journalists and researchers interested in professional journalistic practice within Arabic-language news reporting, and has been cited two dozen times in the Jewish Chronicle in the last year.

CAMERA at the Jewish Chronicle in 2022