OFCOM has launched a public consultation concerning its own regulation of the BBC which began in 2017. The consultation will be open until September 15th. 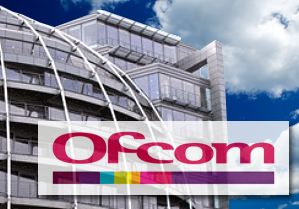 “This consultation marks the beginning of our review of BBC regulation, and will form the basis of our advice to government for its mid-term Charter review.

As we near the mid-point of the current BBC Charter period, we are required to produce a ‘Periodic Review’ of the BBC. We plan to use this opportunity to […] reflect on our BBC regulation over the last four years to ensure it remains fit for purpose in holding the BBC to account on behalf of viewers and listeners.”

“3.31 As part of this Periodic Review, we will consider whether BBC First continues to deliver for audiences. ‘BBC First’ means that, if a viewer or listener has a complaint about something they have seen or heard in a BBC programme, they must normally complain to the BBC in the first instance. If a complaint about BBC content is made directly to Ofcom before being submitted to the BBC, it will normally be referred back to the BBC. This allows audiences to hold the BBC to account by engaging with it directly through a single complaints process, with independent regulatory oversight of all editorial matters by Ofcom. Complainants can refer their complaint to Ofcom if they are dissatisfied with the BBC’s final response, consider that the imposition by Ofcom of a sanction against the BBC may be appropriate, or if the BBC fails to respond to the complaint in a set timeframe. […]

3.33 First, we will consider how the BBC could improve its transparency in decision-making and complaints handling, including in relation to due impartiality. Public confidence in the operation and effectiveness of the BBC’s complaints process depends on the BBC being sufficiently transparent in how it handles and resolves complaints. […]

3.37 Although we note the improvements that the BBC has made since 2017, including steps taken in 2020 to publish more data on complaints, as we said in our most recent Annual Report, there is scope to go further. Our BBC Complaints Determinations are due for further review in 2021. However, we intend to incorporate this into the Periodic Review.

3.38 Second, we will scrutinise the BBC’s process for handling and expediting serious complaints. It is particularly important that the BBC is sufficiently transparent in how it identifies, handles and expedites serious complaints. This includes complaints received during election periods, where there is greater expectation for the BBC to respond swiftly at short timescales where necessary.

3.39 Finally, we will also examine whether the BBC’s complaints process continues to deliver for audiences. Making a complaint about a BBC programme should be a straightforward process and what happens to a complaint should be clear to everyone who makes one. However, we know that some complainants have incorrectly brought their complaint directly to Ofcom before contacting the BBC and some also tell us that they find the BBC’s complaints process difficult to understand. Separately, we are also aware that the timeframes for receiving a response from the BBC can sometimes be lengthy, potentially acting as a deterrent to complainants escalating their issue to Ofcom. Further, the BBC, like Ofcom, receives significantly more complaints now than previously. Given the BBC First framework, this has also occasionally impacted on the time taken for the BBC to respond to complainants.”

As we have previously noted here, a serious deterioration in the BBC’s already problematic handling of complaints has been evident since December 2019.

“Early on in the year [2020] BBC Complaints claimed that the failure to handle complaints in a timely manner was due to a (presumably predictable) high volume of complaints relating to the December 2019 UK election. From March onwards BBC Complaints cited staff shortages due to the Coronavirus pandemic.”

Sixteen months on, the BBC is still blaming its failure to deal with some complaints within the required time frame on the pandemic and it is increasingly difficult to avoid reaching the conclusion that in some cases, that failure is not solely related to staff shortages that have obviously not been adequately addressed over that considerable period of time.

Judging by the e-mails CAMERA UK receives, many members of the public appear to be dissatisfied with OFCOM’s handling of complaints submitted to them after the BBC has failed to address the issue within the required time frame.

Members of the public now have the opportunity to make their views known to OFCOM.