Throughout 2020 we published details of the outcome of some of our complaints to the BBC: 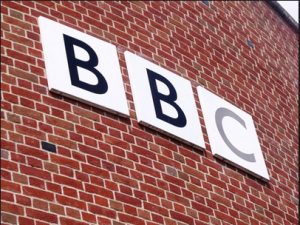 A BBC TALE OF TWO CITIES, TWO MOSQUES AND ONE COUNTRY

BBC NEWS REPLIES TO A COMPLAINT AFTER FOUR MONTHS

As readers who submitted complaints of their own to the BBC in 2020 will no doubt be aware, throughout the year the corporation cited two factors as explanations for delays in responding within the designated time frame.

Early on in the year BBC Complaints claimed that the failure to handle complaints in a timely manner was due to a (presumably predictable) high volume of complaints relating to the December 2019 UK election. From March onwards BBC Complaints cited staff shortages due to the Coronavirus pandemic.

CAMERA UK raised that issue in our submission to the BBC’s public consultation concerning its complaints procedure in the first quarter of 2020. Nevertheless, steps do not appear to have been taken to counter those issues and ensure that the BBC meet its obligations regarding the time frame for responding to complaints.

It is hence perhaps not surprising that a recent survey by the Campaign Against Antisemitism (CAA) showed that (p36) over half of those polled said that that they are unsatisfied with how the BBC handles complaints relating to antisemitism and 90% of British Jews believe that media bias against Israel fuels persecution of Jews in Britain.

As noted by Stephen Crabb MP, the results of that survey make “sobering reading”. One of the steps which could be taken by BBC management would be to conduct an immediate and thorough review of the complaints procedure which has for more than a year failed to give the public the service it funds and is entitled to receive.