In June, we documented a series of Facebook and Twitter comments by BBC Arabic journalists, who – by sharing views about Jews and Israel that cannot be considered “impartial” – breached the corporation’s social media guidance. Less than two months later, some of those comments have been removed from the platforms.

Sometime during the same period, BBC Arabic special correspondent Feras Kilani deleted a tweet that we documented last April in which he suggested that Israel’s existence somehow stands between him and supposed property rights that he had heard about from his grandmother (“and I believe her”).

BBC Amman correspondent Layla Bashar al-Kloub removed from public view almost all of her problematic Twitter and Facebook comments from the time she was a BBC employee, i.e. since October 2020. This includes a tweet praising the “exquisite journalism” of Holocaust denier Muna Hawwa and a Nakba Day tweet in which she stated that a million Pieds-Noirs leaving independent Algeria to return to Europe in the 1960s and 1970s is “a lesson” that history dictates “to us and you”, implying it should and will also apply to Israeli Jews. Al-Kloub still kept the following 2016 comment from the time she was an independent journalist:

“The Zionist entity does not recognize any international law or agreement, their entire [legal] proceedings are infringements of human rights treaties. They are the terrorists, not us”

BBC contributor Abla Kandalaft deleted three tweets. In one, she criticized an Israeli civilian for reporting that he was under fire (“shameful to request any sympathy”). In another she ridiculed the Israel coverage of the BBC itself and in the third, she was pleased to see the turnout for a protest featuring MP Zara Sultana.

Kandalaft nevertheless kept most of her vast Twitter output online, campaigning against Israel, opposing concepts such as fact-checking, UK police neutrality and national borders as well as several other guidance breaches. Later tweets also indicate that she has internalised very little of the BBC’s code of conduct on social media: 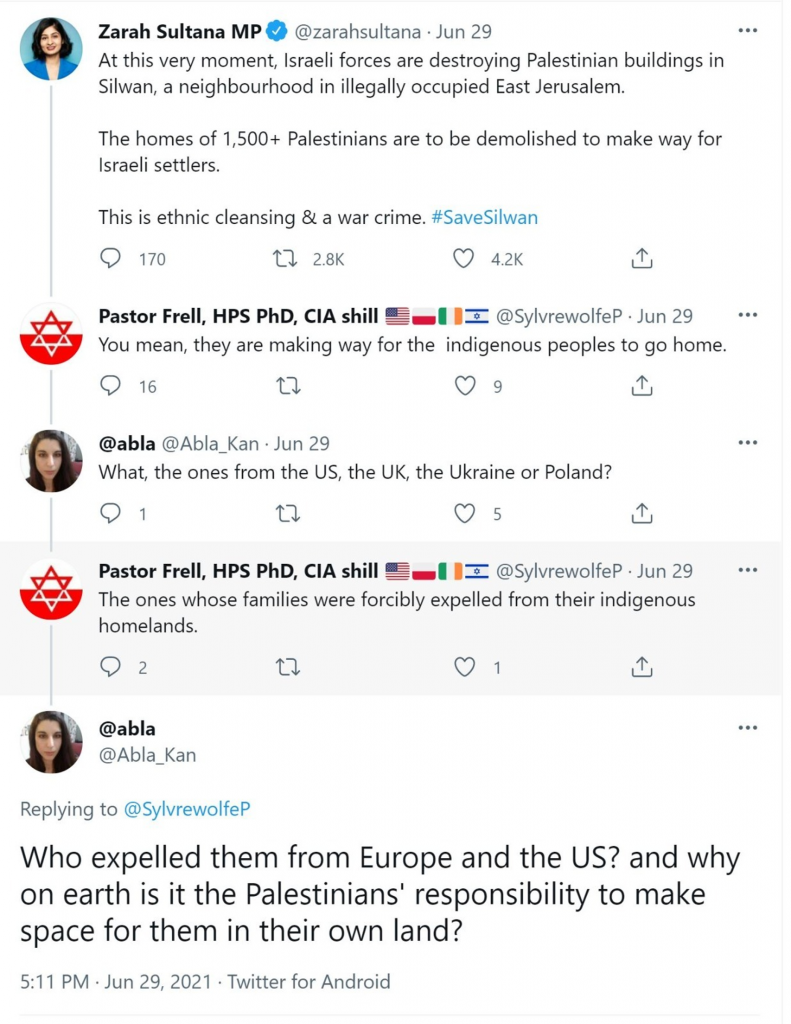 In total, since we documented those posts by BBC Arabic employees breaching the corporation’s social media guidance, sixteen of the comments concerning Israel and Jews were either deleted or removed from public view.

It is unknown whether any of those deletions were the result of measures taken by BBC. However, given that some of these journalists (such as Kilani and al-Kloub) are likely to continue covering topics relating to Israel from time to time, it is clear that such stealth deletions do little to improve perceptions of impartiality at BBC Arabic.