Since the publication of the US administration’s ‘Peace to Prosperity’ proposal in January, various BBC journalists reporting on different platforms have given audiences inaccurate information concerning the Oslo Accords and the two-state solution. For example:

“But the Oslo Accords of the 1990s also left a structure in place, however fragile, that was meant to become the basis for a permanent peace – the so-called “two-state solution”.

It calls for an independent Palestinian state made up of the West Bank and Gaza with East Jerusalem as its capital, alongside a secure state of Israel along the territorial lines shown on the map before the 1967 Middle East war.” Tom Bateman, BBC News website, January 2020

“Since Oslo in 1993 – the Oslo Agreements – the underlying principle under all the negotiations that have been taking place is the so-called two-state solution. An independent Palestine alongside Israel.” Jeremy Bowen, BBC Radio 4, February 2020

“…the notion of a two-state solution which was the very foundation of the Oslo peace process.” Stephen Sackur, BBC News channel, BBC World Service radio, July 2020

As we have pointed out on several occasions (including to BBC Complaints), the Oslo Accords in fact made no mention of the two-state solution and did not ‘call for’ a Palestinian state. They certainly did not dictate that the end-product of negotiations would be “along the territorial lines shown on the map before the 1967 Middle East war” – i.e. the 1949 Armistice Agreement.

That was made clear by Martin Indyk, the former U.S. ambassador to Israel, in a piece for the Atlantic marking the 25th anniversary of the agreements in which he wrote: [emphasis added]

“The Oslo process was supposed to have provided the blueprint, with its requirement for a series of confidence-building interim steps that would help Israeli and Palestinian leaders absorb the political costs of the difficult compromises needed finally to achieve peace. The Oslo Accords did not spell out those compromises; they did not provide for a Palestinian state, nor for a solution for Jerusalem, which both sides seek as their capital, nor for the Palestinian refugees who claim a “right of return.” They only provided that the final-status issues were to be negotiated and concluded within five years of the signing.”

As our colleagues at CAMERA pointed out when the New York Times promoted (and subsequently corrected) the same inaccurate claim last year:

“Virulent critics of Israel acknowledge the same. In the New Yorker, Rashid Khalidi wrote that “In Oslo and subsequent accords, the Israelis were careful to exclude provisions that might lead to a Palestinian political entity with actual sovereignty.” Palestinian statehood, he continued “are never mentioned in the text.” Avi Shlaim stated in the Guardian that the Accords “did not promise or even mention an independent Palestinian state at the end of the transition period,” and reiterated in the Journal of Palestine Studies that “The most basic criticism [of the Accords] was that the deal negotiated by Arafat did not carry the promise, let alone a guarantee, of an independent Palestinian state.”

In the New York Times itself, Henry Siegman pointed out that “The Oslo accords obligated Israel to engage in negotiations of ‘final status’ issues, but the accords provided no hint as to what Palestinians had a right to expect as the outcome of those negotiations. Indeed, the very term ‘Palestinian state’ did not appear in the accords.” 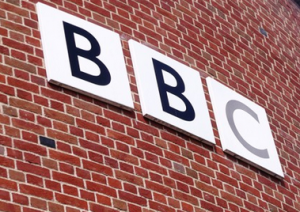 Nevertheless, in 2007 – fourteen years after the Oslo agreement – the BBC News website published a backgrounder titled “History of failed peace talks” in which its then world affairs correspondent Paul Reynolds claimed that a Palestinian state had been ‘implied’ in the Oslo Accords.

“The agreement spoke of putting “an end to decades of confrontation and conflict” and of each side recognising “their mutual legitimate and political rights”.

Therefore, though not stated explicitly in the text, the implication was that a state of Palestine would one day be set up alongside Israel.”

That unsupported interpretation was repeated word for word in a recycled version of Reynolds’ backgrounder published in 2013 under the title “History of Mid-East peace talks”.

“2007 November – US-hosted Annapolis Conference for the first time establishes the “two-state solution” as the basis for future talks between Israel and the Palestinian Authority.” [emphasis added]

A similar entry is found in the Israel timeline:

The fact that the BBC obviously knows that the two-state solution as a goal for bilateral negotiations was first expressed by Israeli and Palestinian representatives in the Annapolis joint statement thirteen years ago has not, however, prevented BBC journalists from promoting the notion that it is a much older one: [emphasis added]

“For decades the world has talked of resolving the conflict between Israel and the Palestinians with a two-state solution: a new, independent Palestinian state living in peace alongside Israel.” Nick Robinson, BBC Radio 4, July 2020

“The long-time formula for peace in the Middle East is based on the idea of creating an independent Palestinian state alongside Israel. It’s known as the two-state solution.” Martha Kearney, BBC Radio 4, June 2020

While the New York Times, the Financial Times and the Daily Mail have all corrected inaccurate claims concerning the Oslo Accords and the two-state solution in the past sixteen months, journalists at the media outlet which claims to provide “news that you can trust” continue to mislead audiences on that issue.