The BBC managed to provoke widespread ire on social media with a Tweet posted on January 15th: 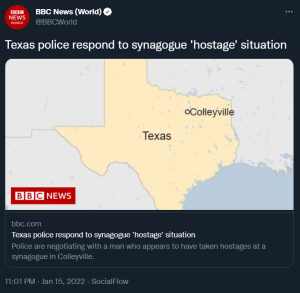 The first three versions of the BBC News website report promoted in that Tweet were similarly headlined “Texas police respond to synagogue ‘hostage’ situation”. Only some five and a half hours later was the superfluous punctuation removed from the word hostage.

In contrast to the BBC – which was apparently unable to determine whether or not a hostage situation was taking place at a synagogue in Colleyville, Texas, throughout the first five and a half hours of its reporting on the story – local and international media and US officials were perfectly clear about the nature of the incident. 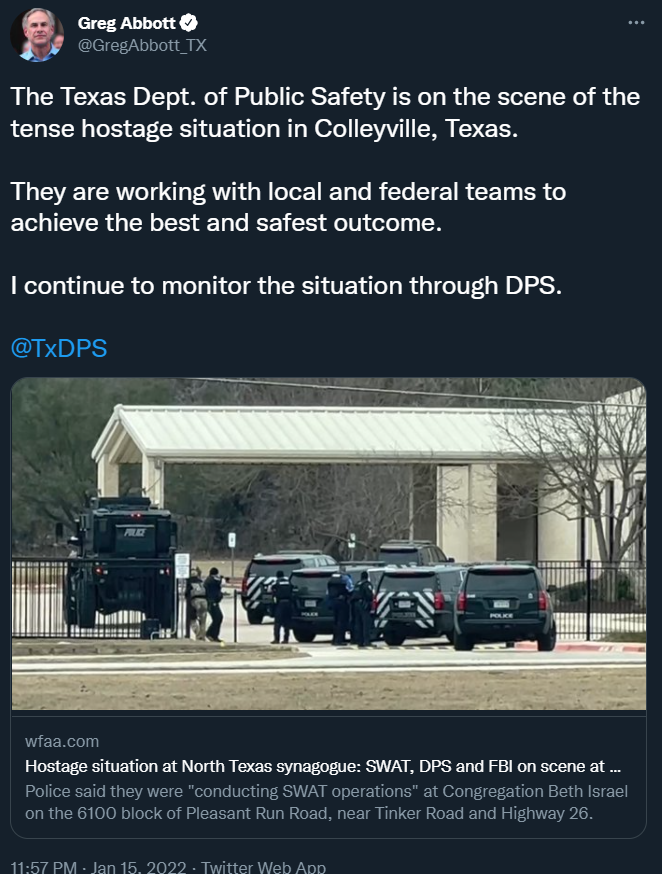 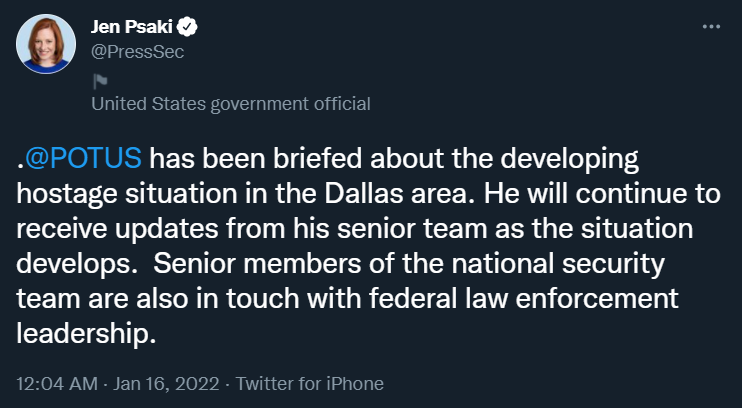 Although that Tweet from Ms Psaki was quoted in the third version of the BBC’s report, the superfluous punctuation still appeared in its headline.

The first three versions of the BBC’s report told readers that:

“The service was being streamed live when the incident started. The feed has since been taken down, but not before an angry man could be heard saying he did not want anyone to be hurt.”

“The synagogue’s service was being streamed online when the incident began. An angry man could be heard saying he did not want to hurt anyone.”

By way of comparison, AP reported that:

“The services were being livestreamed on the synagogue’s Facebook page for a time. The Fort Worth Star-Telegram reported that an angry man could be heard ranting and talking about religion at times during the livestream, which didn’t show what was happening inside the synagogue.

Shortly before 2 p.m., the man said, “You got to do something. I don’t want to see this guy dead.” Moments later, the feed cut out. A Meta company spokesperson later confirmed that Facebook removed the video.”

The fifth and final version of the BBC’s report, published following the resolution of the crisis, includes a video also posted separately on the BBC News website. 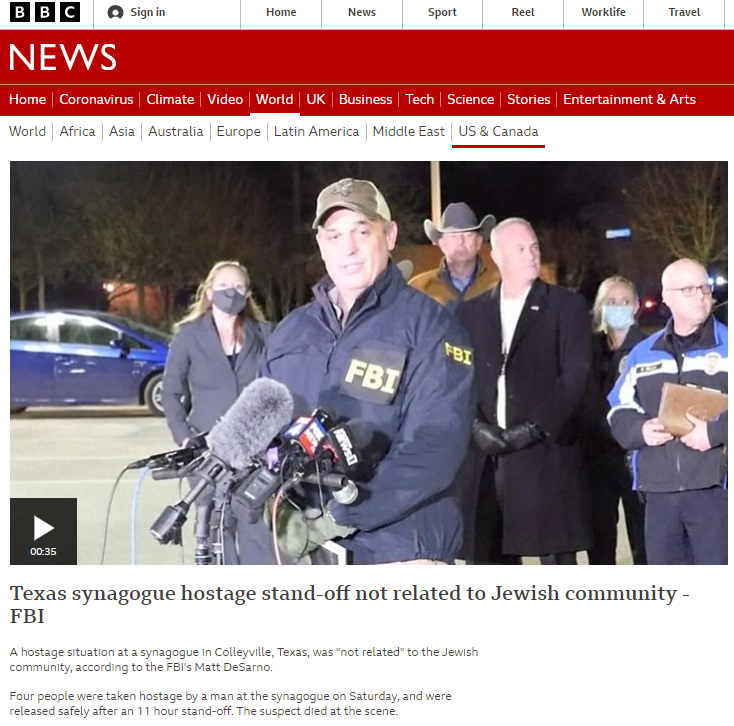 The FBI officer actually stated that the perpetrator “was singularly focused on one issue and it was not specifically related to the Jewish community”.

In contrast to the BBC’s misleading headline, the “synagogue hostage stand-off” itself obviously was related to the Jewish community in Texas but the BBC offered no explanation to its audiences as to why the perpetrator chose to enter and take hostages in a synagogue on Shabbat rather than in any other building or establishment in the vicinity.

“A hostage-taker who detained four people at a synagogue in a suburb of Dallas, Texas, was a British citizen, reports say.” [emphasis added]

The same phrasing was used in a Tweet promoting that report: 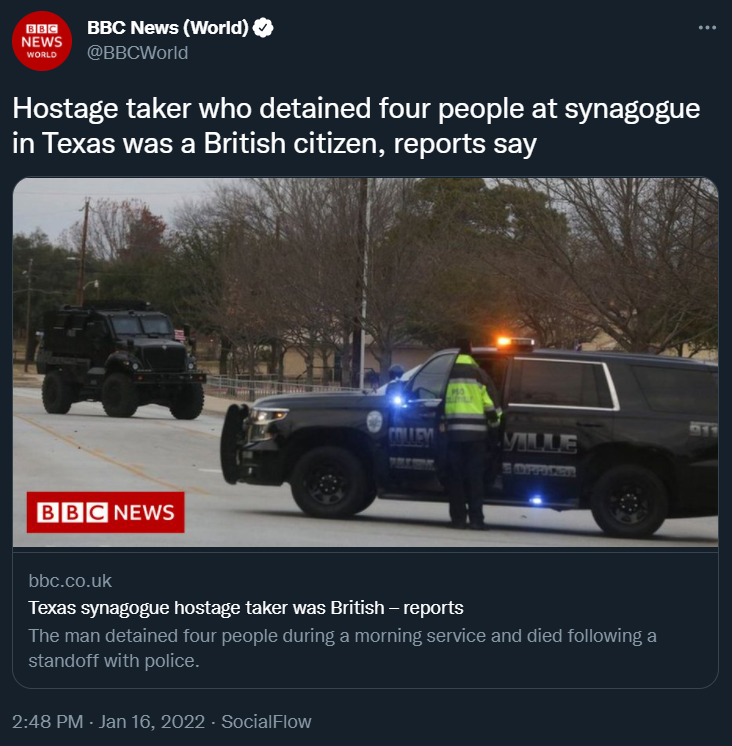 Given that the BBC’s entire existence is based upon competent use of the English language, that is quite a string of ‘blunders’.

The BBC removed the word ‘detained’ from that report some five and a half hours later.

The Jewish Chronicle reports that the ‘BBC admits they shouldn’t have put ‘hostages’ in quotes in coverage of Texas hostage siege’.

“We initially used quote marks in the headline because the reports were unconfirmed, and we should have removed them earlier than we did, when we first updated the story with confirmation from officials that this was a hostage situation. This was an oversight in the editing process due to a busy news cycle.”

THE BACKGROUND TO THE BBC’S USE OF INVERTED COMMAS